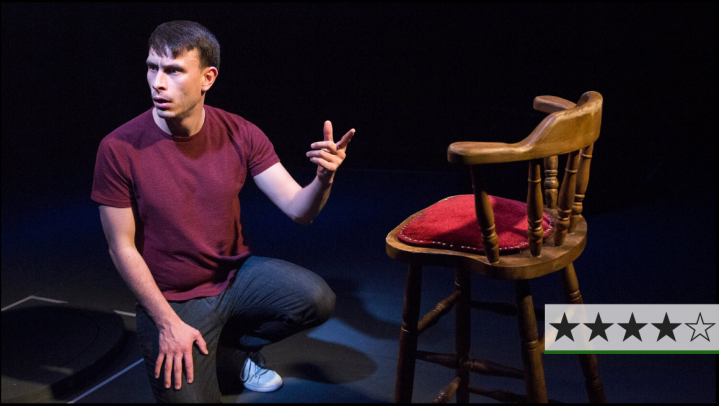 It’s been said that great art comes from pain. After seeing Richard Gadd’s horrifying experience brought to stage in Baby Reindeer, it’s hard to deny the truth in this.

Gadd’s life has been punctuated by at least two traumatic events, and he’s used both of these personal experiences as material for his standout solo shows. Gadd’s play, ‘Monkey See Monkey Do’, where he reveals being the victim of serious sexual assault, won him the 2016 Edinburgh Fringe Comedy Award. Now in Baby Reindeer, the focus turns to his disturbing experience of being stalked.

Since 2013, Richard has been stalked by Martha Scott. What began as a seemingly innocent interaction with someone he took pity on snowballed into much more. 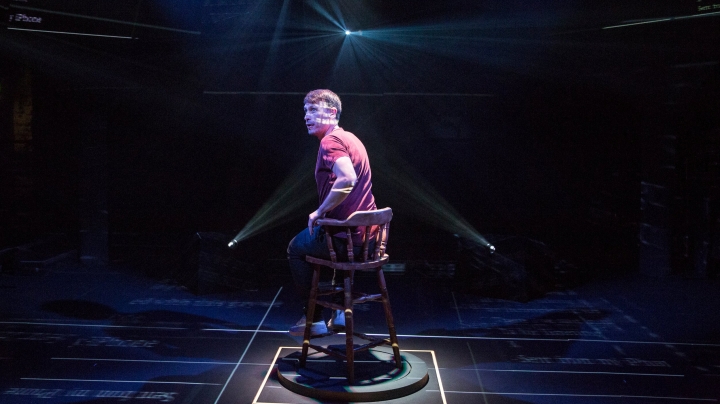 It’s a ‘you’ll never guess what happened to me’ story, but told with heightened urgency and desperation. Gadd chronologically recounts the details from his first interaction with Martha, right up to the present day.

We see how dangerous access to just Gadd’s e-mail address and a twitter account can be in the hands of someone who is mentally unwell and has ill intentions. Following a series of unfortunate twists, Martha is able to completely penetrate Gadd’s private life. This has devastating consequences for him and the collateral damage is significant.

Martha is represented by a bar stool that often rotates at the centre of the stage. Although she is not physically there, she feels like an inescapable presence. Her thousands of e-mails flash across these four screens at disorientating speeds and her voicemail recordings can be heard at a near deafening volume. 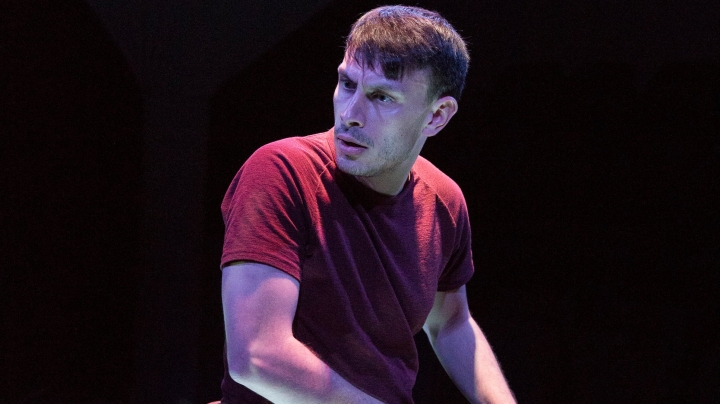 Richard is unsettled and constantly darts around the stage. He paces around the bar stool and you feel the all-consuming and heightened strain that Martha’s unwanted advances places on him.

The one hour show is layered with the complexities. The police fail to intervene as we learn that Martha’s actions are technically within the bounds of the law, that is unless Gadd trawls through all the messages for long enough to find a threat of violence. Gadd also questions what role did he play in attracting this sustained attention and whether his earlier experience of sexual abuse had anything to do with it.

By the finale, many audiences members were stunned into silence and took several moments before being able to leave the theatre. Baby Reindeer is intense. Though there are few moments where humour is added to relieve the tension, it is not a comedy and not something to be enjoyed. It’s a brave performance from Gadd and a worrying cautionary tale.

Baby Reindeer is running at the Bush Theatre until 9 November 2019 at the time of writing.