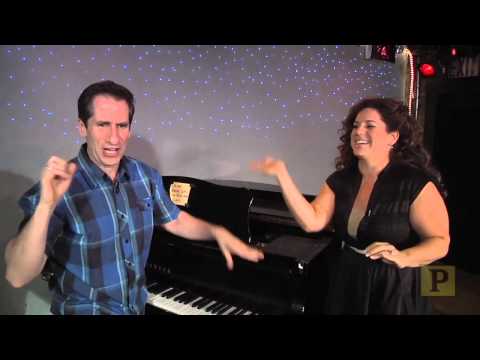 I’ve been putting off this blog post because I wanted it to be perfect. But I realise I will probably never adequately capture what I’d like to say so should just start it or will never get around to writing it.

Since discovering Seth Rudetsky, his YouTube videos have brought me an insane amount of joy. He has two main YouTube Video Series which I follow quite religiously.

1. The first being OBSESSED! Videos for Playbill where Seth invites a musical theatre guest or someone who is part of the industry to talk about his favourite musical moments of theirs or any stage mishaps which he is “Obsessed” with.

2. His second YouTube series are deconstructions of Musical Theatre songs and he breaks down in incredible detail what he likes most about them from a musical perspective for example the way in which the performer sings or the orchestrations. He has got such a brilliant analytical mind and I will have to write more about his Deconstruction videos in a separate post otherwise this one will be far too long.

I distinctly remember when I first came across his YouTube Videos while revising for my A-Levels in the library and had to control myself from bursting into laughter and disrupting the students around me. I instantly became hooked by his personality, knowledge and charisma. What I love most about his interviews is that he is able to draw out the best from his guests with such ease and recall these truly comical and insightful stories. I also love his unforgettable and “hi-larious” catch-phrases which make him very endearing. When I’m stressed or feeling alone, I can easily binge watch his videos and suddenly everything just feels a bit better and the world is a lot more bearable.

Sometimes as a musical theatre nerd I can feel like a bit of an outcast. I’m not an actress or related to the performance industry in any sense or have any friends really who like musicals as much as I do. If you ask me a general knowledge question, I’m quite stupid in the traditional sense and I probably won’t know the answer. But if it’s related to Musical Theatre / Broadway Trivia, I will most likely be able to gush on most topics. While watching his videos and being part of the viewing audience, understanding the references he makes and seeing his passion for these things that I love dearly, it makes me feel a bit less alone in this obsession for this crazy beautiful industry. And isn’t that what we all want just to feel a little bit more accepted?

So I will dedicate this blog post to some of my favourite interviews that he has done. Choosing my favourite is not an easy task and there will probably be ones which I have left out.

What a voice and what a story! If you’re going to watch it, which I highly recommend, you have to watch it all the way through for the amazing last note. Even though I’ve watched it a crazy number of times I still find myself clapping at my laptop by the end.

I have probably watched this video over 100 times and recite the conversation along with them. I’m obsessed. I’m not sure whether it’s watching the great chemistry which Seth Rudetsky and Michael McElroy have or listening to McElroy’s amazing rendition of ‘Free at Last’ (that should have won him the Tony) but whenever I’m down I know that watching it will cheer me up.

Marissa Jaret Winokur has such a great personality and ability to tell a story well. Her imitiation of Ms Jennifer Lewis as well is just too funny.

There are so many moments in this video that I’ll randomly repeat to myself. For example ‘And in a bed!’ or ‘Everything’s possible in the world of Broadway Seth!’  I love Sierra!

The story discussed in this one is just crazy and too funny. I also really enjoy watching an actor skilfully putting on make-up while singing Rum Tum Tugger, what’s not to like about that!

So thank you Seth Rudetsky from the bottom of my heart your videos have made this weirdo musical theatre fan so incredibly happy!