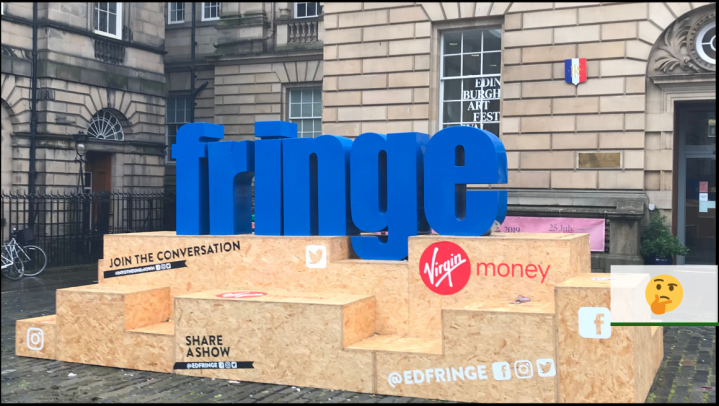 This year at the Edinburgh Fringe Festival, I had the time of my life. I saw 24 shows, wrote 16 reviews for this blog and had very little sleep in-between. Before heading up, I couldn’t find anything which provided an insight into what going to the Fringe as a reviewer for the first time would be like. So here I’ve collated my top ten lessons learnt just in case it is helpful to anyone considering going next year. I add that it’s from the perspective of a reviewer of colour, as I’m not sure how many there were of us out there.

First of all, I have to give a huge shout out to the Network of Independent Critics (@NICritics). If it weren’t for the fantastic scheme that they run, there’s no way that I would have been able to gain a media pass and see the number of shows that I did. Right, let’s jump in.

I felt that there was never quite enough time to write.

If I wasn’t darting between venues to catch the next show, I was hiding away somewhere to write about it. On one night, I wrote through the night until 7am, slept for one hour then woke up at 8am to see Legally Blonde at 10am. Thanks to Irn-Bru and the euphoric state that I was in, I was able to plough through.

I mention this because these aren’t the circumstances which reviewers typically write in, combined with the pressure of having to turn reviews around quickly, this can be daunting. However, it’s not an excuse for not turning out anything less than good quality work (but that hasn’t stopped some from doing so). The best piece of advice I received was to create a checklist that you can immediately refer to after each show and make notes against each point e.g. lighting, sound, set etc. This way when it comes to writing, you need not worry that you’d forgotten something important. 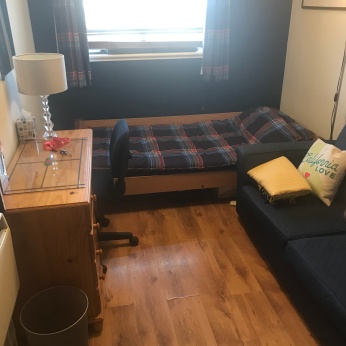 It can be said that the more individuals you have in the pool of reviewers/critics available, the better informed readers can be before deciding on whether to see a show. But at the Fringe, the range of voices within the pool doesn’t feel very large.

It’s great that reviews can play a significant role in championing new work that may not have otherwise been discovered. However, it’s concerning that one or two negative reviews of a show can play a substantial role in turning audiences away from something that they may have enjoyed.

The impact of reviews hit home when I saw a tweet from playwright Jess Ross, who was frank about her experience of receiving two stars on her work. I was surprised but also disheartened to see how easy it is to think that a review and a star rating is a measure of a show’s worth, but in reality, it’s just one individual’s response to a show at a given time.

Different things will resonate with different audience members and so just because something isn’t to the taste of one or two reviewers, this doesn’t necessarily mean that it isn’t ‘good’. My take away lesson from this is that there needs to be more voices in the mix covering shows, but I’m not sure how likely this is.

Choosing which show to go to is a bit of a minefield. I made scribbles on the Fringe Programme but there were two pivotal things which helped me to narrow down what I eventually chose to see.

First was the Fringe of Colour spreadsheet, compiled by Jessica Brough. If you know that you’d like to see at least one BAME-led production, this spreadsheet is god-sent as it lists all the performances by people of colour in different categories e.g. musicals, comedies and dance.

Second was FemFringe, which is a free event founded by Alex Hackitt-Anwyl and runs in collaboration with Greenside Venues. On the free programme, we are reminded that 65% of audiences are female yet women only represent 36% of directors and 28% of writers. This platform seeks to turn the dial on these stats by showcasing short excerpts from a selection of shows which are led by women.

In a place where you are spoilt for choice, Fringe of Colour and FemFringe are very helpful guides. 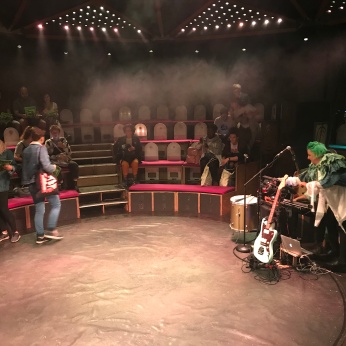 Be warned that if you’re going to see a production of a show that is known for having a diverse cast, the cast at the Fringe may be made up of predominately white actors. This happened both times that I went to see a youth production of a musical. The first was Once on this Island which is set in the Caribbean and centres on the tensions between light and dark skinned black people. The second was Sister Act, the musical adaptation of 90s film starring Whoopi Goldberg. I mention this because as talented as both casts were, I have to admit that getting over the initial shock took me a little longer than anticipated.

Sister Act wasn’t too troublesome as it’s possible to argue that race doesn’t matter so much in the show. But Once this Island was slightly harder to stomach when I saw that the multiple references to black skin in the show were removed. I’ve since made contact with the production team and it turns out that they were able to licence a version of the show which approved such lyric changes.

Being around so many creative people who share the same passion for theatre and the arts as you do is quite special. I struck up so many more conversations with strangers than I usually ever would: with actors after their performances; whilst waiting in the queue to see a show; and also with people handing out flyers.

There’s no way that I can speak on behalf of every person of colour who attended the Fringe this year. But from my perspective, everyone I encountered was friendly enough. But it does anger me to hear accounts from people, in the LGBTQ+ community for example, who were subject to abuse and this should not be tolerated.

I’m not sure how artists have the energy to flyer during the day and perform during the night, with some performing in more than one show. Although it’s easy to quickly dismiss those who attempt to hand you a flyer on the street, it won’t hurt you to take the time to ask more about their show and tease out whether you’ll like it. Who knows, you may stumble across something you do enjoy.

It’s slightly concerning how much people still rely on paper based methods to advertise and the environmental impact this must have, but that’s a topic for another time.

At first, I would be guilty of overlooking a show if the title seemed bizarre. But looking back at what I enjoyed the most, they were usually the ones where I had the most doubts based on the title alone. This includes Unfortunate: The Untold Story of Ursula and Goodbear: Dougal. Yes, it is a risk and it may be an expensive one, but it may be worth the surprise if you land on something special which you had low expectations for at the start.

Here’s a template. If you can, try and plan a couple of shows in close proximity to one another location-wise so that you don’t have to do much running around during the day. I would typically schedule in three shows per day, starting at midday (Legally Blonde at 10am being the one exception) and would leave the morning free to finish any reviews that I hadn’t completed from the day before.

I would strongly advise leaving space for deciding to see things on the day. However, that’s not to say that you need to fill every minute seeing or doing something. It’s easy to feel like you’re wasting time if you’ve got nothing on, but sometimes it’s nice to take a break so that you prevent being burnt out.

Although some reviewers will be paid for their work, quite a few of us aren’t and so money may be tight. It’s so easy for the costs to mount but the best way I was able to minimise unnecessary spending was by having a sense of how much I wanted to spend for each day and sticking to that. The best cost-saving tip I can share is to prepare a simple packed lunch and carry a water bottle around with you. Don’t feel bad if you want to treat yourself by eating out now and then, as long as you don’t go home broke.

As long as you remember to charge your laptop when you’re back at home, this should give you some flexibility with where you can write during the day. My go to space was in The Meadows park where I was able to access free wifi. Rather than trekking back to the AirBnb, I was able to get a lot of writing done there between shows in the shade of a tree. But sometimes it would get too hot and I’d have to take solace somewhere indoors such as a coffee shop.

Being practical about clothing is fairly self-explanatory. But I can’t emphasise enough the importance of taking an umbrella. I’ve lost count of the number of times that I saw people caught out in the rain and soaked in t-shirts.

BONUS TIP: If you’ve booked a show in advance, collect your tickets in advance if you can.

This is an invaluable tip that I learnt from Daniel Perks, co-director of the NI Critics and seasoned Fringe reviewer. Having your tickets before seeing a show makes turning up to the venue a much smoother and painless experience.

Thanks for reading! If you went to the Fringe this year, what are the top things that you’ve learnt? Let me know in the comments below 🙂