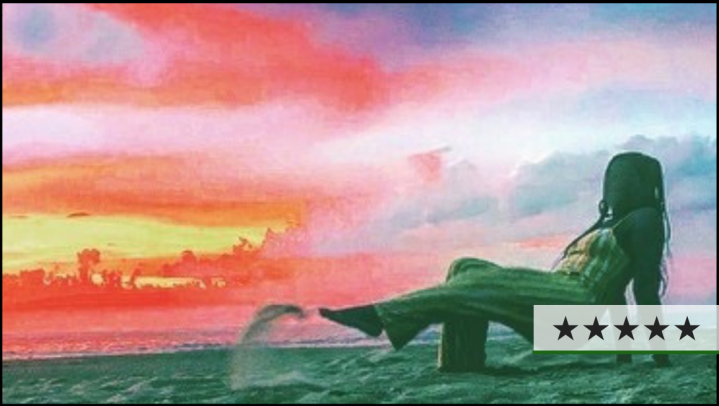 Watch out for the name Helena Morais. As part of the Ovalhouse’s Untold Season, Helena has written, produced and stars in ‘Firecracker’. This coming of age play has meaning and grit and teaches us the fascinating origins and ways of Capoeira, the Afro-Brazilian Martial Arts Form. ‘Firecracker’ is one of the best experiences I’ve had in the theatre this year. If Helena’s debut show is anything to go by, her career is destined to reach stratospheric heights.

In modern day Rio de Janeiro, Brazil, Anaíz Mendes (Helena Morais) seeks to avenge her godmother, councilwoman Filomena Lopes. We learn that Filomena championed her troubled community yet was allegedly murdered by the very people she sought to uplift. Anaíz discovers Capoeira and in learning its technique and following her instincts, she starts to find release and come into her own.

Paired with Anaíz’s story, we are introduced to the epic yet related one of Queen Nzinga (Luiana Bonfim). This woman was a force of nature. You might have heard of her in school? Oh no that’s right, like so much of Africa’s rich and complex history, her name is probably absent from most of the text books you’ve seen. Queen Nzinga is one of Africa’s most celebrated women for leading the resistance to European colonisation in Angola during the seventeenth century. But at a time of colonial conquest, when increasing numbers of people are shipped to Brazil as slaves, Queen Nzinga is forced to act tactfully to protect the interests of her people.

I say it is a coming of age play because Anaíz is by no means perfect. She has suffered a huge loss and fuelled by her resentment of gang culture and the corruption that she sees around her, she is bullish at times and makes mistakes. But as we follow her and the story of Queen Nzinga in parallel, Anaíz learns how to navigate herself out of her challenging predicament and the audience learns along with her. The common thread between Anaíz’s and Queen Nzinga’s two stories is revealed in a beautiful final scene. Its lasting messages ring truthfully and powerfully.

The strength of writing in this show is remarkable; it displays wit, depth and exciting originality. You do not merely watch it but are plunged into this world created before you. You’ll be dancing along to the joyful music or laughing at one moment but then a scene slips in and with the thud of the drum you are stunned into silence. Helena knows how to build and release tension in her writing and in doing so masterfully develops a story arc which holds the audience in the palm of its hand.

The show is confidently helmed by director Tristian Fynn-Aiduenu who worked wonders in staging this show which includes grand battle scenes in Ovalhouse’s intimate studio space. At times when Anaíz learns Capoeira for the first time, it is reminiscent of the Karate Kid. Although Firecracker is not as PG13, it has the same endearing and entertaining nature thanks to Movement and Fight Directors, Julio Roldão and Enric Ortuño.

The four-person cast are sensational. They are bursts of life and clearly have fun whilst on stage. They can sing, dance, act and have incredible stamina in doing the Ginga and each physically demanding Capoeira move. Helena is fiesty as Anaíz and brilliantly delivers one of my favourite lines in the show. ‘Karma is a bitch’, and Anaíz retorts ‘Well so am I’. Our passionate ruler, Queen Nzinga is played exquisitely by Luiana. She has a notable regal quality in the way that she composes herself and engages with those around her. Loli Mello is comedic yet tough as Indira and Dora Cruz is vivacious and sharp as the Capoeira instructor.

It is so heartening to see a show which centres around black women that aren’t portrayed as disadvantaged or inferior but empowered. Firecracker takes you by the hand from the start and says right, strap in tight for I’m going to take you on this ride and it does exactly that.
___