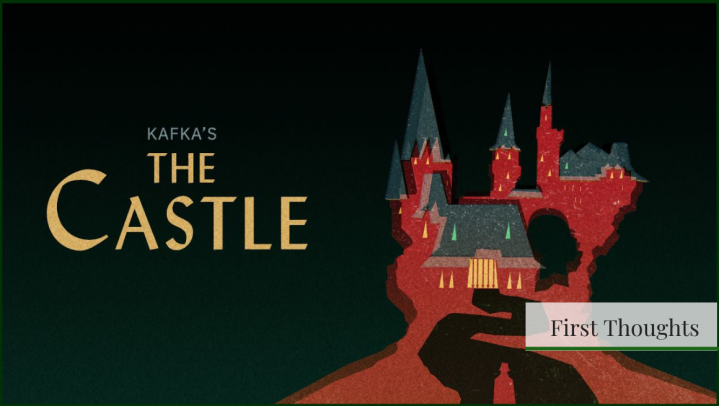 The Castle centres around K who claims to be a Land Surveyor. We’re told that following a commission, he must conduct work in a nearby mysterious Castle. Who exactly has he been commissioned by? We don’t know. Why has he been commissioned? Not quite sure. And what exactly goes on in this Castle? No idea. Despite the at times confusing presentation, this adaptation of the unfinished novel holds together very well and creatively draws its audience in.

The play is mostly a series of events in which K attempts to overcome frustrating obstacles. He can’t find a place to stay, he’s endlessly aggravated by his fantastically stupid workmen and he’s given confusing messages by the nearby villagers. At the centre of the play is this conflict between K and the structure of authority in the place in which he finds himself in.

The show’s creative team succeeds in creating this strange and other-worldly place and the small but mighty ensemble cast brilliantly characterises the many animated villagers which K encounters. The peculiar tone of the text is heightened through the production’s use of music and unique style of movement. Most impressive is the show’s incorporation of puppetry which is beautifully designed and skilfully operated.

It’s well-known that taking a classic story to stage can be a winning formula if done well. But taking one which many people may not have heard of, as the Old Dog Theatre company have done with this piece, is a riskier endeavour.

I should hold my hands up and say that before seeing this production, I’d never heard of The Castle by Franz Kafka, which the play is adapted from. I therefore did wonder if I would have been as perplexed at times, had I read it first. But a quick google search into Kafka revealed that his works are notoriously abstract.

Given the source material, the play may be one that fans of Kafka’s novel may get a lot more out of compared to those who aren’t as familiar with his work. That being said, it was refreshing to see something that never sought to spoon feed its audience and challenges you to keep up.