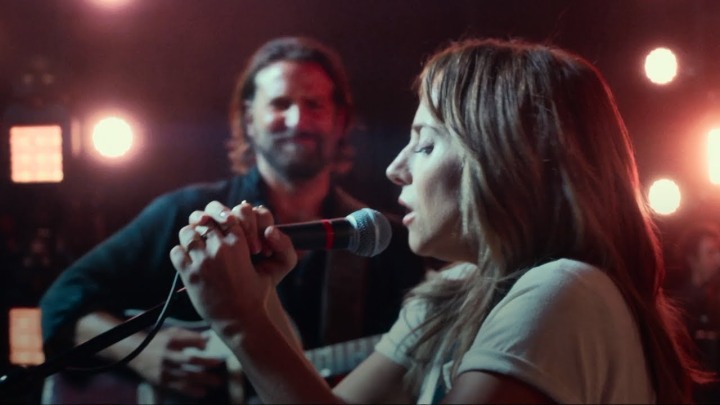 Like many people I loved A Star is Born. Bradley Cooper makes an impressive directorial debut and Lady Gaga delivers a knock-out performance on the Big Screen. They star as our central leads, Jackson Maine and Ally. When we first meet them, Ally (Lady Gaga) is an unknown yet very talented singer/songwriter and Jackson Maine (Bradley Cooper) is a veteran star who struggles with an alcohol and drug addiction. The pair meet, form a relationship and as this grows, we see Ally’s career blossom while Jackson’s goes on a downward spiral.

I was particularly drawn to two main aspects: Ally’s initial struggle to be an artist; and the difficulty in navigating a toxic relationship. I once read something which explained that when you cry in response to something, it’s not because it made you cry, rather it allowed you to cry. In the cinema, I felt like I was letting something out that I didn’t even know I was holding in.

Being A Struggling Artist

Pursuing what your heart yearns for can bring up so many conflicts: what if your best is just not good enough compared to the thousands of other people chasing the same thing? Is there any point working your arse off for something that you may never reach? Is all the hurt and rejection even worth it?

All these conflicts can lead to serious doubt and stop many people from doing what they want to do. We see this all manifest in Ally at the start. She gives a confident and mesmerising performance of ‘La Vie En Rose’ when she is first on stage in a small bar. But she later confides in Jackson that she doesn’t believe she can break into the music industry. She makes up excuses such as that her nose is too big. To make matters worse, her father seems to unknowingly talk her daughter’s dream down. In her job, we see that she couldn’t be further away from taking control of her career as she is under appreciated by her rude boss.

But despite wrestling with all of this, Jackson provides Ally with an unexpected opportunity to perform one of her songs on stage in front of thousands of people. At first Jackson encourages Ally to join him on stage, but she strongly resists this and watches the first verse from the wings. But there’s this awe-inspiring moment where before the second verse, she walks on stage as if ready for battle, ignores the doubt and fear that must be raging in her head and squares up to the upstage microphone and starts to sing. As she sings, there’s a moment where quickly covers her face behind her hands expressing how vulnerable she feels but despite this she continues. As she warms up, she eventually takes centre stage, grabs the mike and belts the chorus with her arms wide open as if to lay her soul bare in front of the raging audience and to push away any fears which were previously holding her back. There was something so powerful and admirable about the bravery she showcased.

I found this moment particularly poignant because I, like many other people, am acutely aware of how much my fears and doubts hold me back from pursuing what I would like to do. For many aspiring artists they can only dream of being given a chance to do what they love. Ally knew what was at stake but was still tentative and backed away at the start. That’s why I felt such a sense of relief but also elation when she started to belt ‘Shallow’ because she triumphed in the face of doubt and that is something which we all aspire to do.

Secondly, like most people, I’ve had my fair share of heartbreak. What I’ve always found difficult is knowing when you should keep on fighting to make it work in the face of serious obstacles or whether this time enough is enough and it’s time to break things off. In the film you see Ally battle with this dilemma. During the ascension in her career, her husband is for the most part supportive. Although there are hiccups where he gets wiped out drunk, they mostly share many happy and loving moments and create this unmistakeable bond. It’s clear that Ally is in love with Jackson, and Jackson becomes a better version of himself when he is with her.

But towards the end of the second act, things go awry fairly rapidly as Jackson’s addiction problems heightens and Ally is left to pick up the pieces. With an illness such as addiction, it is not easy seeing the one you care about, be victim to something which can easily create collateral damage to those around them. During the film, I would ask myself many times, should Ally be putting up with this? Yet she does, she’s even willing to put her career on hold to make her relationship work. There’s something about that which I deeply respected.

Have you watched ‘A Star is Born’? Which moments where particularly meaningful to you? Let me know in the comments below.